DENT was contracted by BC Hydro to repair concrete on the WAC Bennett Dam spillway chute. In 2022, DENT completed its second of seven seasons of repairs. Crews removed the damaged concrete using selective hydro and mechanical demolition. DENT utilized scaffolding and rope systems to complete works on the spillway slope and placed concrete using a concrete hopper with a 180-ton crane.  Prior to the end of the season, DENT faced delays from the Battleship Mountain Wildfire.  A night shift was put in place and winter concrete procedures were used to complete the remaining scope of work. 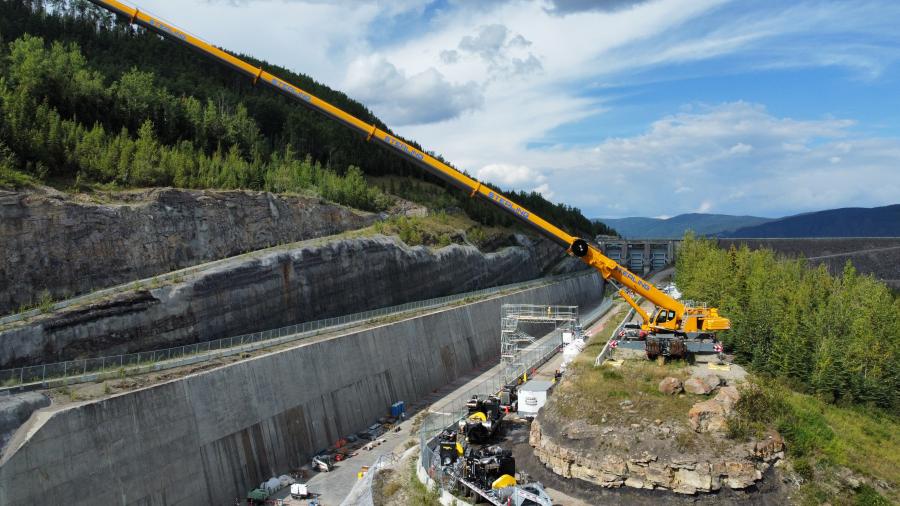