This was the first EPC hydroelectric project DENT delivered, this led to the development of a wide range of skills and abilities across construction disciplines that the business operates on today.

The project was a 23 megawatt run-of-river hydroelectric power plant facility tt produces 81 gigawatt-hours of renewable, emissions-free electricity annually — enough to power about 7,300 homes. DENT performed construction of the intake, powerhouse, installation of the generator, and 4.7 km of steel penstock.

A diversion channel was constructed to enable continual water flows to ensure the natural habitat and creek flows weren’t impacted. During construction DENT worked closely with biologists and environmental representatives to protect the environment, this included best management practices for working in water and fish and amphibian salvages.

The project was on the traditional territory of the Xa’xtsa Nation and Sts’ailes Nation on the northwest shore of Harrison Lake. Both Nations hold an ownership stake in the project. A major success of the project was DENT’s ability to employ a large number of local community members, a total of 50,000 local man-hours were achieved over the life of the project. A successful collaboration on the project lead to a partnership to construct a 13-lot subdivision in the traditional territory (Tipella) and deliver construction services to protect BC Hydro infrastructure in their territory. 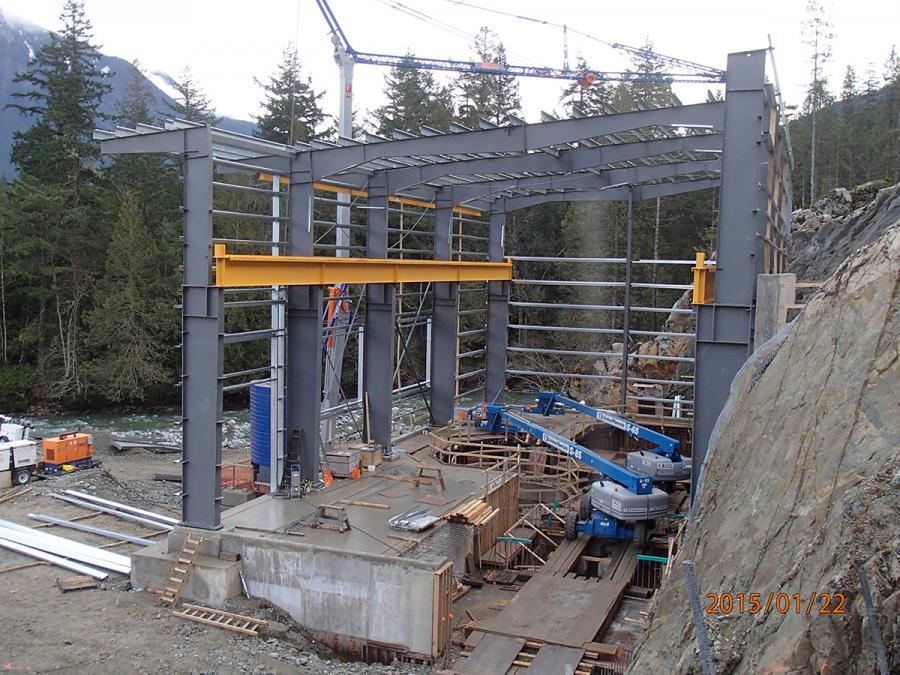