DENT was the prime contractor for Rio Tinto on the Skins Lake Spillway Plunge Pool Repair. The project’s construction window was limited to three months as the plunge pool could not be dewatered until the summer water flows had been completed; the project was required to be completed by the end of October.

After installation of a by-pass system, a fish salvage was performed and the main plunge pool dewatered to allow for repairs to be undertaken. Loose and damaged concrete was removed by means of jack hammering, chippers, and scaling from aerial work platforms and rope access on the face of the spillway. Once the preparatory and clean up works were completed, rock dowels, bolts, and anchors were installed followed by shotcrete and concrete placement.

The project was delivered in Cheslatta Carrier First Nation territory, DENT engaged the community and has since developed a long-term partnership with the Nation and have delivered several other projects for Rio Tinto. 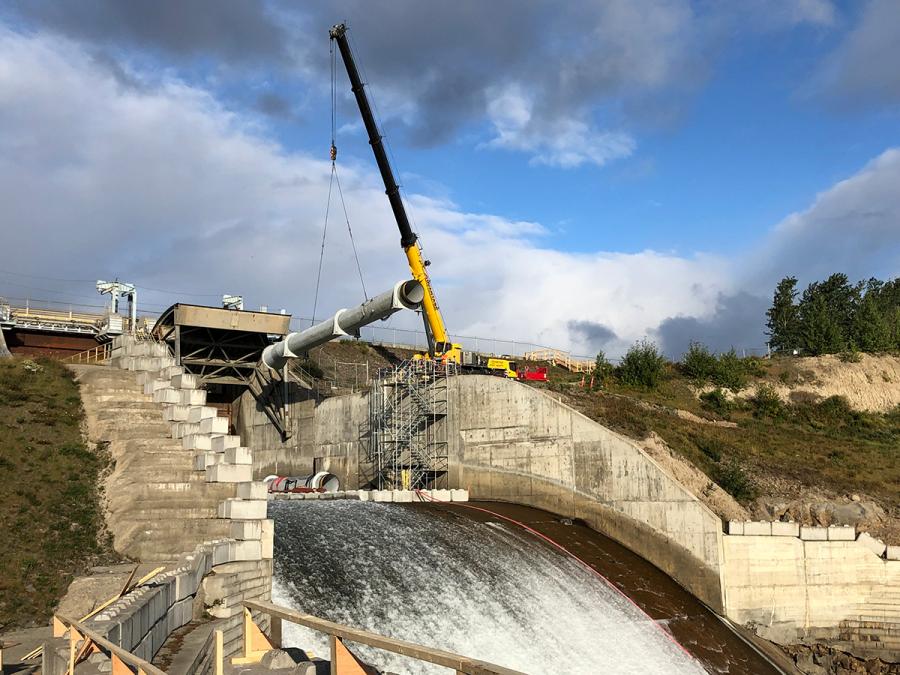