DENT and F&M Installations employed its long-term working relationship to partner on the delivery of BC Hydro’s Site C Substation Project. At nearly 400,000 square meters the Southbank substation is one of the biggest stations BC Hydro has constructed in its history, it is the equivalent of 48 football fields. DENT performed the civil scope on the project which included site preparation, excavation, placement of reinforced concrete, backfill of structures, site drainage, placement of insulating gravel, and installation of perimeter fence.

Due to the size of the project, strategic coordination of workflow was required to achieve critical milestone dates. Multiple crews were employed on a rolling shift to maintain a continuous work program that allowed for earthwork and concrete operations to run in parallel without issue. DENT was able to staff the project despite the significant resource draw associated with the construction of the Site C Dam site that required 1000’s of workers. 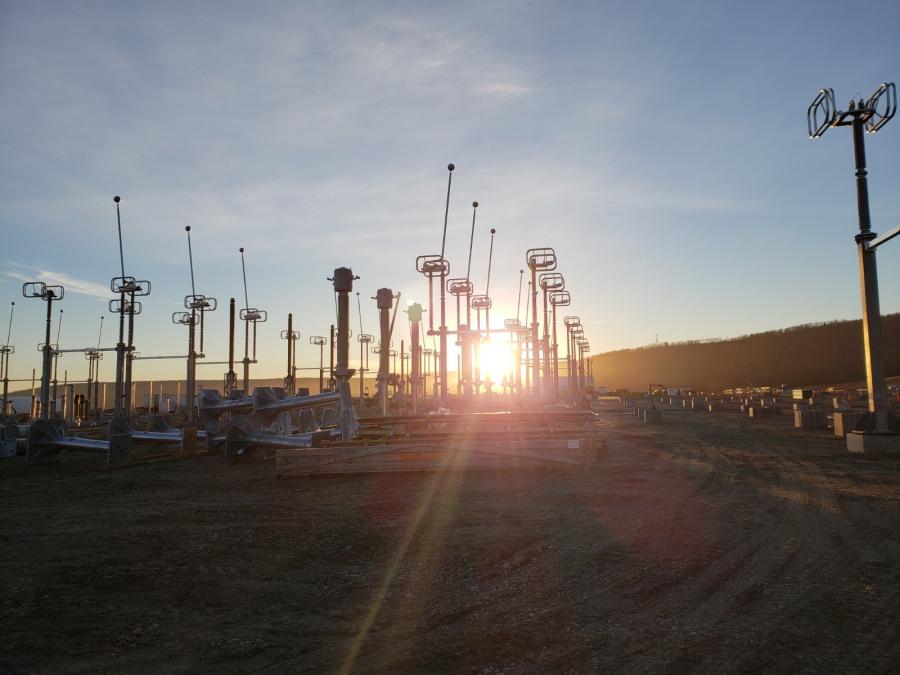